Home / Around the Green / The World’s Fastest Putting Greens 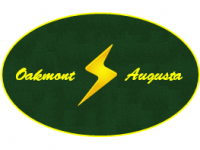 Fast and Furious: Who Has Golf’s Toughest Greens? Guest Post by Daniel Mitchell

You think the greens on your home course are pretty fast, don’t you?

You go around bragging about the latest double-digit Stimpmeter reading, telling everybody about that time the pro from the club next door racked up six four-putts, how you’ve seen guys knock 2-footers clear off the green.

I’ve got news for you, buddy – you haven’t seen tough until you’ve putted the greens at Oakmont.

I’m telling you, these greens are fast. (Obliging audience member: “How fast are they?”) Oakmont’s greens are so fast, they have to slow ’em down for the U.S. Open.

No joke. Legend has it Oakmont’s greens reach head-spinning Stimpmeter readings around 14-15 feet on a regular basis. That’s brutally fast on flat greens – and Oakmont’s greens are not flat. The course traipses up and down the hilly farm country outside Pittsburgh, Pa., and the enormous putting surfaces match the topography.

One more thing about Oakmont: The Stimpmeter was invented there. True story. A guy named Edward Stimpson was watching the 1935 U.S. Open and witnessed the great Gene Sarazen putt off a green and into a bunker. Stimpson thought, ‘Hmmm, these are some pretty slick greens… Now if we only knew how slick.’

It took 40 years before Stimpson’s ingeniously simple contraption was put into widespread use. These days, you can’t pull up a stool at the 19thhole without hearing some yutz brag about how his club’s greens were “stimping” at 11 the other day.

Next time, just tell him Oakmont’s roll faster than that uphill, with a fresh layer of top-dressing, in the middle of a downpour. That ought to shut him up.

Besides Oakmont, there are two other world-famous courses that can legitimately lay claim to the world’s toughest greens: Augusta National and Royal Melbourne. Here’s a quick look at both.

Maybe you’ve heard of this sporty little track in the sleepy Georgia town of Augusta?

Every golfer knows about Augusta’s ferociously fast, massively undulating greens. Nobody knows, however, just how fast they are. The green jackets would sooner welcome a female member than release an official Stimpmeter reading.

Part of the joy of watching the Masters every April is seeing Augusta’s greens tie the world’s best players in knots. (Admittedly, it’s a perverse kind of joy.) I’ve seen pros break down in tears after leaving themselves a downhill 2-footer for par. OK, so I made that up. But I did see Seve Ballesteros four-putt No. 16 once. His final three strokes came from no more than a yard away.

American audiences got a rare glimpse at this glorious place during the 2011 Presidents Cup. The only thing more fun than watching the USA walk all over the Internationals was seeing Royal Melbourne at its very best.

Like Augusta, Royal Melbourne’s greens are the handiwork of Dr. Alister MacKenzie, widely considered golf’s greatest architect. The similarities don’t end there. The wavy surfaces at Royal Melbourne are kept firm and cut low, producing insane speeds that would give mere mortals a coronary.

When the wind is up, as it often is in southeastern Australia, Royal Melbourne’s greens are nothing short of evil. Pure evil.

If I’m ever lucky enough to play Royal Melbourne, Oakmont or Augusta National, you just might hear me at the nearest 19th hole. I’ll be the yutz telling people they don’t know jack about tough greens.

Daniel Mitchell is a golf writer who lives in Jupiter, Fla., a few miles from Tiger Woods as the crow flies but worlds away in every other respect. An avid golfer since age 12, Mitchell carries a (shaky) single-digit handicap, investing far more time in his dogs than his swing.