The Best Golf Course On Earth – by Trump I’ve had the chance to see Donald give a keynote speech on two occasions and here’s the deal, he knows far more about creating the worlds greatest golf course than he does about giving a great speech!

Given the preliminary reviews and images of Trump International Golf Links in Aberdeen, Scotland it appears as though we may be witnessing a Masterpiece.

If you’ve ever played a brand new golf course that hasn’t had the chance to grow into itself, you know how hard it is to create a track that looks like a classic in its immaturity. Trump’s new course will prove to be the exception to this rule. As of March 2, 2012, the course known as Trump International Golf Links is sitting in pristine, untouched condition just waiting to attract golf’s most avid fans from all over the world.

I have to admit, it is rare I hear about a course being built and think “Wow, I need to get out there!”. Well, this is certainly one of those courses, as a matter of fact I wouldn’t be surprised to hear reviews that hail this course as The Best On Earth early and often.

Trump’s commitment to great golf is nothing new, his perfectionist antics have been on display for some time on the Golf Channel featuring his Los Angeles, Philadelphia, New Jersey and San Juan courses to name a few. The guy yearns for greatness in his people and his courses, for that you have to admire the man regardless of his sometimes nauseating use of hyperbole and self promotion.

Donald Trump’s golf masterpiece sits on miles of previously untouched dunes on the Northeast Coast of Scotland. The beautiful coastline was thought to be “untouchable” by bull dozers and greens keepers. When the Donald first visited the now famous piece of land in 2005, he made up his mind that this would be the home of the World’s Greatest Golf Course. He bought the land called The Menie Estate for $10,000,000 and the gentleman that sold it to him asked him what his plan was for the land. Trump told him he intended to build the greatest golf course on earth.

The man responded quite simply with “No way will you ever get that approved”.

Well guess what, 5 years in court, false approvals that were overturned, more fights, including a classic Trump brawl with an abutter to the property, he finally got the project approved and construction began in July 2010.

Trump Wasted no time in renaming the “Menie Dunes” he now calls them “The Great Dunes of Scotland”.

Let’s not waste any more time and get right into the spectacular imagery which was inspired by a man who knows a thing or two about imagery, Trump and a popular European Golf Course Architect, Martin Hawtree. There is no doubt that Trump had final say on many aspects of the design, per usual.

Did You Know? Hawtree & Sons is the oldest and longest running golf course designer in the world.

If these pictures of the soon to be famous Trump International Golf Links, don’t get you up out of your seat, digging around looking to see when your passport expires, then you need to check your pulse.

Sun Up in Aberdeen Weather will Be a Factor Better get your Bunker Game in Order

I don’t know about you but, I think Donald Trump NAILED IT!

I’m sure there are a few guys that play out of Augusta National, Pinehurst No. 2 and a little place called Pebble that will have a say in this but, I’ve got Scotland on the mind! 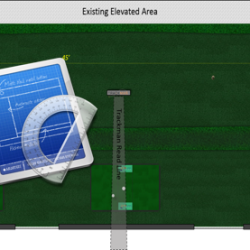 Ordering for the Holidays

Our current holiday turnaround times are as follows: